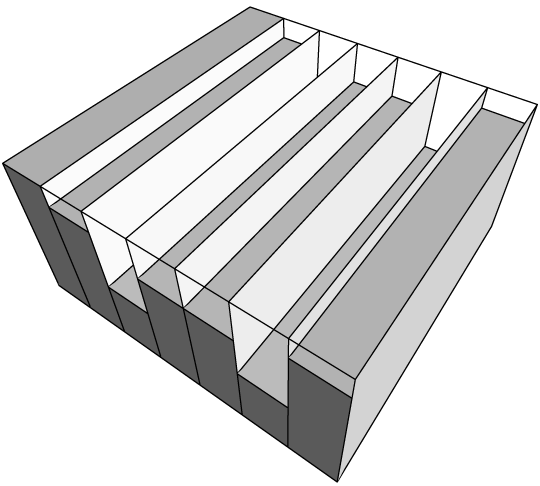 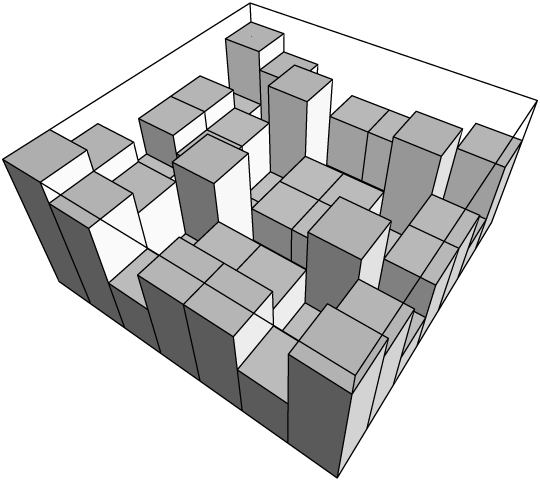 The ratios of the different well depths of a QRD correspond to a so-called quadratic residue sequence. Such a pseudo-stochastic sequence is formed on the basis of a prime number. The prime number determines the length after which the sequence repeats periodically and thus also the number of wells the diffusor consists of. Typically one of the prime numbers 7, 11, or 13 is used. The greater the number of wells, the greater the frequency range in which the diffusor is effective. The deeper the wells are, the lower is the lower limiting frequency at which sound is still reflected diffusely. The required manufactured depth is about half the wavelength of the lower limiting frequency.

Primitive root diffusors (PRD) are another type of pseudo-stochastic diffusor. They look quite similar to the QRD and are also based on a suggestion of Schroeder. The depth of their wells corresponds to a primitive root sequence. PRD also are characterized by evenly diffuse scattering, their scattering effect in the direction of geometrical reflection, however, is reduced.